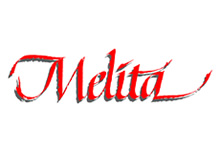 From his very first calligraphy class with Don Kunz at Queens College in New York, Michael Smith found a calming effect that struck a passionate nerve in him. Inspired by the works of Hermann Zapf, John Stevens and Claude Dieterich among others, Michael’s passion for this ancient art has been augmented by his training in graphic design. His craftsmanship is evident in each carefully formed letter and flourish.

After working for several years in the advertising industry, Michael now owns and manages Michael Smith Calligraphy and Graphic Design and serves as Workshop Chairman of the Atlanta calligraphy guild, Friends of the Alphabet.